Extremely rare anonymous pamphlet by the political writer Georges Giacometti about the political position of Turkey during the crisis of December 1876, after the outbreak of the Serbian-Ottoman War that would soon develop into the Russo-Turkish War of 1877-78. OCLC lists a single copy in public collections (British Library, not identifying the author). 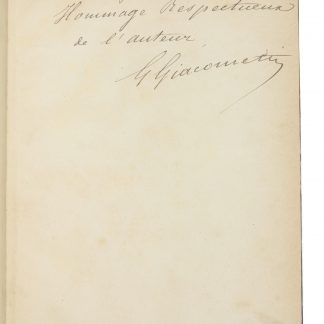