Saraceni was elected archbishop of Acerenza and Matera in 1536 and made cardinal by Pope Jules III on November 20, 1551. He took part in the infamous trial against the former cardinal-nephew Carlo Carafa in 1560/61 and later served as Camerlengo of the Sacred College of Cardinals.

Some text loss due to ink corrosion. Brownstained and rather brittle. 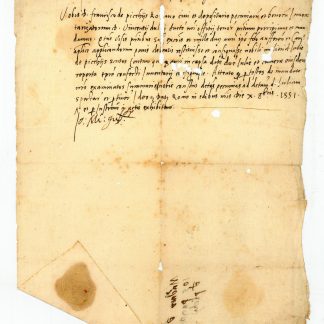