Established in 1948 and restructured in 1954, the National Iranian Oil Company (NIOC) ranks as the world's second-largest oil concern, after Saudi Arabia's state-owned Aramco.

Some light edge flaws, with lamination peeling in places, but on the whole very well preserved. Rare; no copy traced in library catalogues internationally. 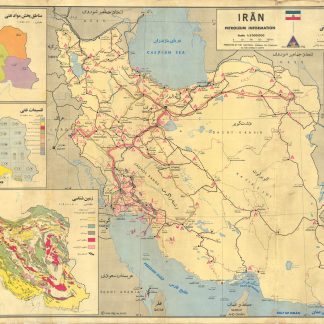