A rare set of 5 maps from the French military's cartography of the Levant, produced from the mid-1920s until the Second World War. The maps comprise: Antioche (Antakya and Iskenderun), Palmyre (Tadmur, Palmyra), Haiffa (Haifa, Acre, and Tyre), and Homs (2 different sheets). Considered products of military intelligence by the French government, the maps fell into German hands when Germany invaded France in 1940. The present maps were subsequently accessioned by the Geographical Institute of the University of Berlin and bear the Institute's stamps and pencil shelfmarks. 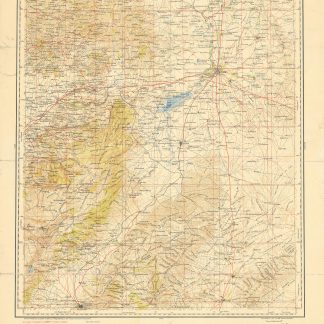