Antoine Dubois rose as an eminent surgeon during the French Revolution and under the rule of Napoléon. He served during the French campaign in Egypt and co-founded the "Institut d'Égypte" in 1798. On 26 May 1808 Dubois was named consulting surgeon to the Emperor and in 1811 he was chosen to deliver the son of Napoleon and his wife Empress Marie Louise of Austria. Following the birth of Napoleon II, he was given the title of a "Baron of the Empire".

Philibert Joseph Roux, the longtime chief surgeon at the Hôtel-Dieu de Paris, was a pioneer of plastic surgery. In 1819 he performed one of the earliest surgical repairs of a cleft palate (staphylorrhaphy). He is also credited with being the first surgeon to suture a ruptured female perineum. 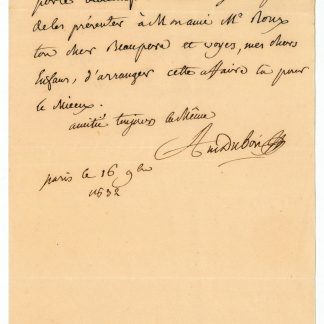