"One of the earliest Western documents showing a revival of interest in botany" (Hunt): A magnificent, heavily annotated copy, ex-libris Fairfax Murray

Cat. no.: 3 Catalogue: A Selection of 20 Books and Manuscripts on the Art of Alchemy Tags: Incunabula, Islamic World, Medicine, Science 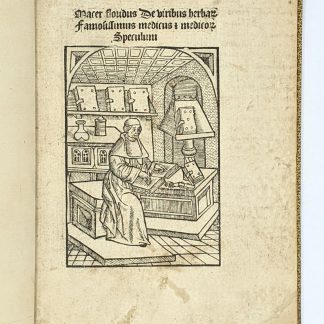