Jean Lassalle studied at the Paris conservatory from 1866 to 1868. Following short engagements at Liège, Lille, Toulouse, La Haye, and Brussels, Lassalle had his successful debut at the Paris Opera in 1872 and became a member of the ensemble. He quit the stage in 1894 and later taught at the Paris Conservatory. 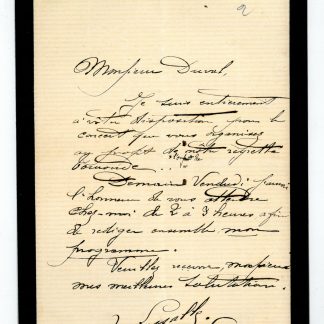