Promotional video celebrating Aramco's first 50 years in the oil business. The 53-minute film traces the development of the Arabian American Oil Company from the first team of engineers and researchers that braved the Saudi desert in search of oil in the mid-1930s to a company of 60,000 employees controlling a large share of the earth's reserves. Most valuable are early photos of exploration camps, regional topography, and the Arabian Peninsula before its development. The tape makes for a heroic tale, but as one might expect, fails to place American efforts in the larger context of oil exploration in the Arabian Peninsula, Iran and Iraq that began with the British in the 1890s and was joined by the Dutch, French and Americans in the next century. Briefly addressing the economics of oil and its effects on Saudi Arabia, the film prefers to concentrate on the good fortune and technological advances the oil boom brought to the kingdom.

The film premiered on Channel 3 on 29 May 1984, the anniversary of the Concession Agreement. 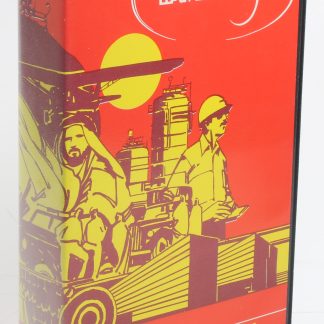