To his daughter Christine, telling about a party that he has just had: "Mr White left this morning - after a pleasant party, got up for him last night, at last as far and I could judge the party being neither too large or too small, Chas Knight, Joe Arden, Peter Cuningham, Chas Landseer, Solomon Hart & John Leech [...]". 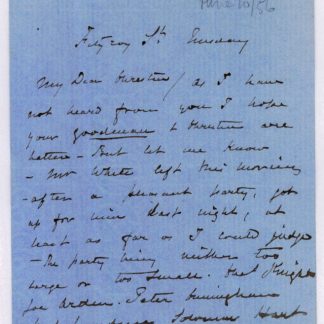