In French: notes on the work of Monsieur Rets entitled 'Present state of studies of silkworms in the Vivrais': "This is what I notice in this note: The few Italian species which, up to now, had resisted the illness and last year had given good results, have now contracted it. They had been left from the early stages by the breeders […] Designation of the species give the best guarantees […] nonetheless there is no sign of any other disease than that of the little ones […] The worms submitted to sulfur and carbon treatment are well up to the present. The worms are vigorous, healthier, steadier […]".

The present manuscript was written well before Pasteur concentrated his efforts in battling a catastrophic disease of silkworms which was then ruining the production of silk in the south of France during the five-year period from 1865 to 1869. In 1853, silkworm eggs could no longer be produced in France, but had to be imported from Lombardy. The disease then spread to Italy, Spain and Austria. Dealers procuring eggs (i.e., seeds) for the silkworm breeders had to go farther and farther east in an attempt to secure healthy products. The disease followed them, soon engulfing Greece, Turkey, the Caucasus, China and even Japan. By 1865, the silkworm industry in France was near ruin. Though Pasteur had never ever seen a silkworm or a mulberry tree, he began at the request of his master Jean Baptiste Dumas, the famous chemist to investigate the cause of the epidemic. To be of value in his scientific endeavor, Pasteur had to become a masterful industrialist and therefore, it is quite expected that he would criticize those who would be willing to let their own economic failures be dismissed blaming disease rather than their own ineptitude or mismanagement. 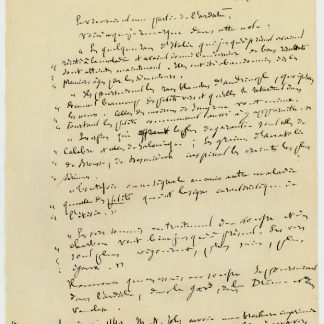