To his translator Heinrich Zeise, with whom he corresponded frequently. While most of their correspondence has been published, this letter was previously unknown. Apart from matters regarding translations, Andersen writes that he sends greetings from his close friend, the Danish physicist and chemist Hans Christian Oersted, and, in a postscript, that he is staying at the Hotel du Nord on Kongens Nytorv. 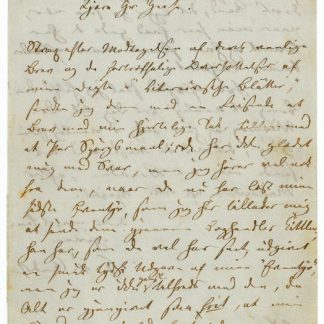