The only published detailed history of the British Navy and its engagement with the Arabs of the Gulf. Covers specifically the British naval power in the Near and Middle East from the earliest days of the East India Company until its abolition in 1863. Forms the basis for studies of campaigns and exploration wherever the Bombay Marine operated: in the Red Sea, the Persian Gulf, the Arabian Sea, the Laccadives, Maldives and west coast of India, the Andamans, Java and Burma. Of primary importance as a record of the history of the British presence in the Gulf, where the Bombay Marine served as police force, mail carrier, ethnographer, surveyor and, when necessary, strike force for over three centuries - in particular in the period when British relations with the Gulf sheikhdoms were being consolidated. Includes detailed accounts of hydrographic surveys by the Indian Navy, including those in the Gulf. Never surpassed as a history of the maritime arm of India's foreign policy. 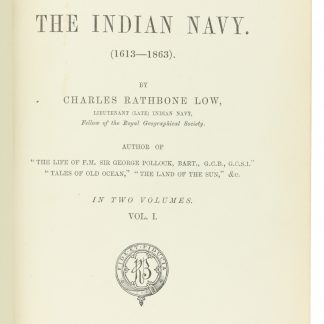