Inscribed by the author to Sultan Abdul Hamid II, in Ottoman Turkish and Arabic

4to. 47, (1) pp. Contemporary green half calf with giltstamped spine and borders.

Only edition of this detailed account of the outbreak of the plague in the Levant, describing the situation in Tangier in 1818 and 1819, which the Swedish polymath Graberg (1776-1847) experienced at first hand as Swedish consul. While the first part graphically describes the sanitary crisis in Tangier, distinguishing between cases with or without skin eruption, the shorter second part deals with the occurence, spread, and extinction of the disease. 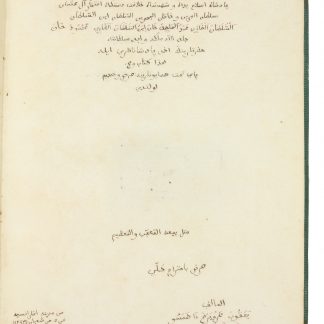