A talented xylographer, Hönemann reproduced works of 19th century painters, specializing in creating facsimile cuts of drawings by artists including Adolph von Menzel (1815-1905). He was awarded the honorary prize of the city of Berlin in 1909.

Faint traces of a postmark. Self-addressed by the collector on the reverse. The Mecklenburg physician Scharlau (b. 1888) assembled a collection of artists' autographs by personal application. 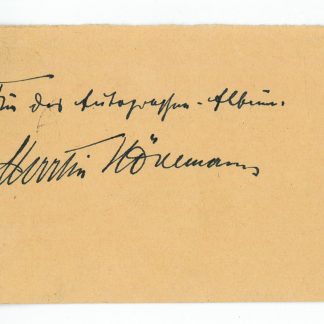