The Iraqi claim to Kuwait

First edition of a rare pamphlet outlining the Iraqi claim to Kuwait and opposing its independence.

Kuwait emerged as an independent state in June 1961, after 62 years as a British protectorate. With a new constitution, it held its first parliamentary elections in 1963, thereby becoming the first Arab state in the Gulf to establish a parliament. Such political developments, married with growing wealth and modernisations in health, culture and finance, helped to make Kuwait the most prosperous state in the Arabian Peninsula.

The Iraqi government argued that the move toward independence was a continuation of Kuwait's relationship with Britain, albeit under a new guise. Furthermore, they felt that the historical links between Iraq (specifically Basra Province) and Kuwait entitled the former to control over the latter and, one suspects, a share of its growing wealth. This position, argued in the pamphlet, led to a point of crisis, with Iraq threatening invasion. To the relief of Kuwait, the Iraqis were eventually deterred by the Arab League's promise of military opposition. 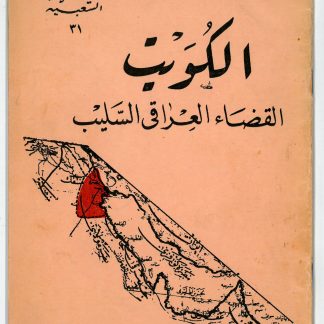