First and only edition. The fine illustrations show the approach to Mecca, Damascus, Gibraltar from the East, a nook in Algiers, the Tomb of the Khalifs in Cairo, the Gate of Blood in Toledo, a mosque in Cordova, the Alhambra in Granada, a reproduced double-page from the Qur'an, the mosque at Mecca, Medina, pilgrims' dress, Meccan chiefs with camel and attendant, etc.

Dutt's father, Upendra Dutt, was an Indian surgeon; his mother Anna Palme Dutt was Swedish and related to the future Prime Minister of Sweden, Olof Palme. Dutt was educated at The Perse School, Cambridge and Balliol College, Oxford, where he obtained a first class degree in classics after having been suspended for a time due to his status as a conscientious objector in World War I. Dutt married an Estonian, Salme Murrik, in 1922. His wife had come to Great Britain in 1920 as a representative of the Communist International. That same year, he joined the newly formed Communist Party of Great Britain (CPGB) and remained one of its most conservative members all his life. In 1921 Dutt founded a monthly magazine called 'Labour Monthly', a publication which he edited until his death. 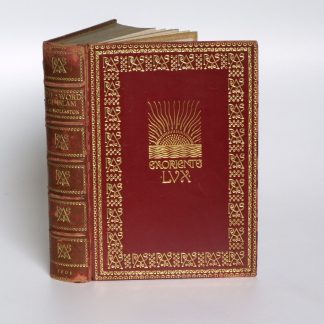