"Mr. Charles Dickens presents his compliments to Miss K. Hitchcock and regrets to inform her that his Vita for the Royal Hospital for Incurables has been long engaged". 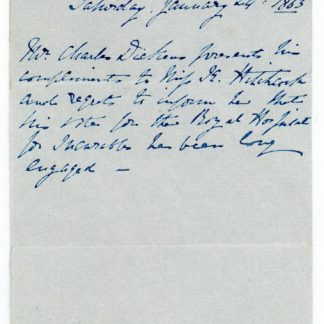