A rare set of watercolours by Captain James Weir

Watercolour on paper, some on 2 sheets, mounted (sizes approximately from 155 x 230 to 300 x 480 mm), some with inscription or sketches on verso, most with captions either mounted, laid down or written directly on image. 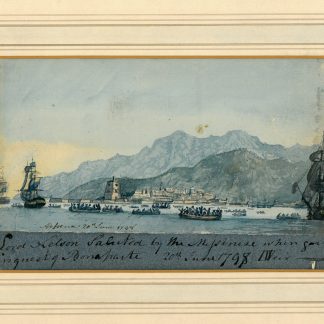