Ali Effendi. Specimen of Arabic calligraphy presented to Catherine Hutton, with added notes in her hand.

A specimen of Arabic calligraphy by an Egyptian Turk named Ali Effendi, inscribed in English in Effendi's hand "To Mrs Catherine Hutton", with the note "Madam when I am Ali Bey I shall be glad to see you in Egypt. I am yours [sic] sincere friend Ali Effendi". Catherine Hutton's accompanying notes, dated 1826 and 1829, state that Effendi "is a young, handsome, clever Egyptian-Turk, who had been sent to England by his beloved 'Grand Pasha' to learn our language, manners &c, and transport them to Cairo. His proficiency in writing English is seen in the following autograph, the English part of which he wrote for me". Hutton further notes that Effendi "was fond of the theatre, and spoke with rapture of the beautiful actresses. He looked upon English horsemanship with the utmost contempt. Stooping forward, and hanging down his head, he said 'Your men ride like this'. Then, rising to his accustomed height, he added, 'I throw my jereed on full gallop, and stop the moment when I should touch the wall'. Ali Effendi drank wine like an infidel". Hutton mentions three of Ali Effendi's companions: Mohamed Effendi, "who is studying naval architecture", Selim Aga, "who is studying mathematics and military engineering", and Omar Effendi, "who is qualifying himself for diplomacy". That all four men spent some years in England is confirmed by The Nautical Magazine for 1832, which adds that they were aged between 22 and 25 years of age and that they arrived in 1826. From an early age the novelist Catherine Hutton (1756-1846) was a keen letter-writer. "The Coltman family of Leicester and Mrs Andre of Enfield, Middlesex, were lifelong correspondents. She also wrote to her cousin the mathematician Charles Hutton (1737-1823), Sarah Harriet Burney (Fanny Burney's half-sister), the radical author Sir Richard Phillips, Eliza Cook, and, latterly, Edward Bulwer Lytton, and Charles Dickens. Her letters are full of anecdotes and shrewd observations on her acquaintances and are seasoned with a self-deprecating wit, their direct address and dry cheerfulness recalling the epistolary style of Jane Austen. Hutton delighted in Austen's novels, and believed that 'her character is either something like mine, or what I would wish mine to be'. In an account of her occupations written in July 1844, Catherine Hutton described some of the other activities which absorbed her: needlework, including 'patchwork beyond all calculation'; pastry and confectionery; collecting prints of costumes in eight large volumes; and collecting more than 2000 autographs. Bridget Hill rightly concludes that her life 'illustrates the particular problems of the educated, intelligent, single daughter of the middle class' in late 18th- and early 19th-century Britain' (Oxford DNB). 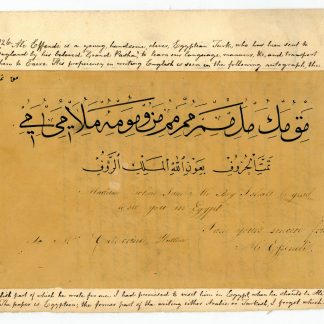