Folio and 4to. Altogether 5 pp. Together with the copy of an order by King Philip II of Spain and the copy of a petition to the governor of Milan.

Collection of documents from Álvarez de Toledo's brief term as governor of the Duchy of Milan (1555-56). The earliest document concerns the repayment of a loan to the Duchy of Milan by Roger de Taxis, Imperial Postmaster in Venice. The original order by the future King of Spain, Philip II, then King of Naples and of England and Duke of Milan, is attached in copy. It had been issued in Hampton Court Palace on 20 May 1555, whereas Álvarez de Toledo signed his order in Milan on 23 July 1555. Roger de Taxis was a great-nephew of Francesco I de Taxis (originally de Tasso), the Imperial Postmaster General who is seen as the founder of the European postal system and the powerful Thurn and Taxis dynasty.

Two documents concern fortification works at the Castello Visconti in Pavia that had been heavily damaged by French troops in 1527 (military camp, 8 September 1555, and Milan, 24 October 1555). A copy of the original request from the registry of Pavia is attached to the second letter.

On 28 October 1555, Álvarez de Toledo signed a contract with the Novarese nobleman Giovanni Battista Caccia over a significant loan of 15,000 scudi, detailing interest rates and the mode of repayment.

An order signed in Milan on 20 November 1555 concerns the payment of two soldiers guarding the "porta de Briona in Domodossola". With 2 pp. of notes from 27 November 1555, naming the two soldiers.

Fernando Álvarez de Toledo was arguably the most important Spanish general of the 16th century, serving Charles V and Philip II in the highest commands. He first distinguished himself as a general in the conquest of Tunis in 1535. With the relief of Perpignan in 1542, Alba delivered a decisive victory over the French; five years later he played an important role in the Battle of Mühlberg. In 1555 Charles V appointed his best general as commander in chief of the Spanish-Habsburg army in Italy and governor of Milan. Alba led a successful military campain against Pope Paul IV and his French allies. The Peace of Cateau-Cambrésis that ended the Italian War of 1551-59 is considered a Spanish diplomatic success. Today, the Duke of Alba is best remembered and infamous as governor of the Spanish Netherlands (1567-1573). His harsh repression of the Dutch revolt earned him the nickname "Iron Duke". Despite several military victories and countless executions of insurgents, Alba was not able to quell the revolt and was relieved of his command in 1573. His final victory in the Battle of Alcântara near Lisbon on 25 August 1580 led to the establishment of the Iberian Union. 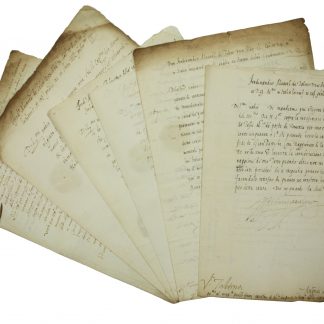