First American edition. Presentation copy, signed and inscribed by the author and the actor Raul Julia (one of the leads in the film adaptation) to director and actor Paul Bartel: "I who she spares / you her poison, / Saludos [...]". 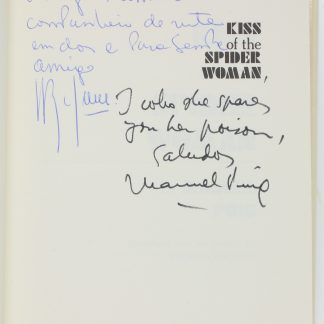