London, printed for Her Majesty's Stationery Office, by Harrison and Sons, 1891.

Rare British parliamentary papers and correspondence with local agents and officers on the slave trade in the Arabian Gulf, with special mention of slaves received at Bandar Lengeh from the Agent at Sharjah as well as first-hand observations on child slaves and the so-called "domestic servants" in demand in Basrah and Bushire. 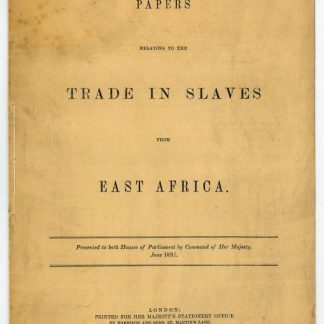