First printing of this prose and verse anthology on the subject of Islamic ethics, containing eight chapters on virtues and another eight on vices.

Al-Watwat al-Kutubi (1234-1318), celebrated as an entertaining compiler, lived in Mamluk Egypt all his life. Unlike many writers of his era was not a member of the Mamluk administration, but rather a wealthy bookseller (hence his byname "Al-Kutubi", "the Bookseller"). 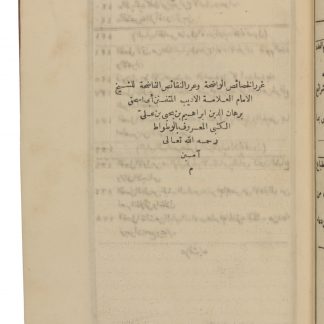