Two of the earliest panoramic views of China's main ports

Two of the earliest panoramic views of Xiamen, formerly romanized as Amoy. Xiamen Island was considered to possess one of the world's great natural harbors in Yundang Bay, and its served as China's main port for exporting tea. It was one of five Chinese Treaty ports agreed on by the Treaty of Nanjing in 1842. Under Deng Xiaoping Xiamen became one of the original four special economic zones opened to foreign investment and trade in the early 1980s. 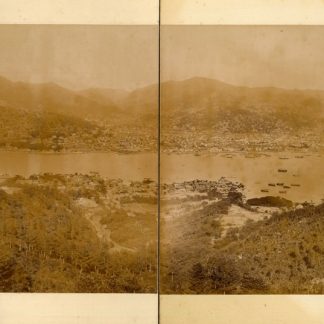