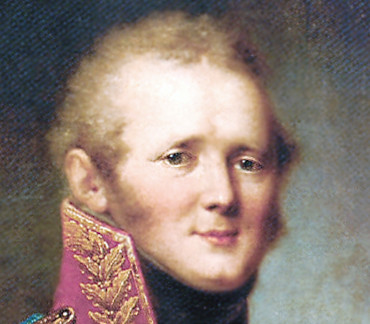 Alexander succeeded to the throne after his father was murdered. He ruled Russia during the chaotic period of the Napoleonic Wars. During the early years of his reign, Alexander often used liberal rhetoric, but continued absolutist policies in practice. In 1805 he joined Britain in the War of the Third Coalition against Napoleon. After suffering massive defeats (Austerlitz and Friedland), he switched sides and formed an alliance with Napoleon which collapsed by 1810. Alexander's greatest triumph came in 1812 when Napoleon's invasion of Russia proved to be a catastrophic disaster for the French. During the second half of his reign, Alexander became increasingly fearful of plots against him.