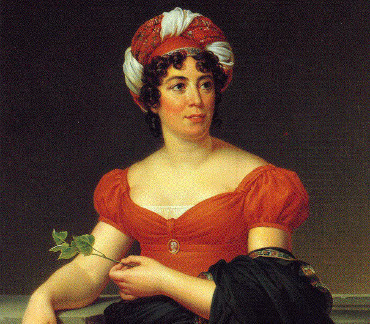 Madame de Staël was a French woman of letters of Swiss origin whose lifetime overlapped with the events of the French Revolution and the Napoleonic era. She was one of Napoleon’s principal opponents. Celebrated for her conversational eloquence, she participated actively in the political and intellectual life of her times, and was acquainted or companioned with some of the greatest personalities of her time, like Lord Byron, Chateaubriand, Goethe or Schiller. Her works both critical and fictional, made their mark on the history of European Romanticism.