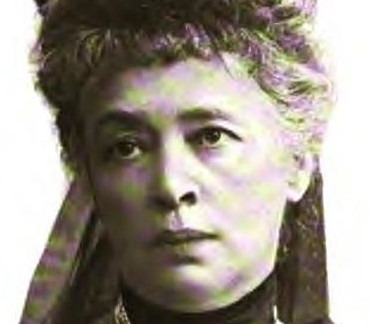 Bertha Felicitas Sophie Freifrau von Suttner, née Countess Kinsky, was an Austrian-Bohemian pacifist and novelist. In 1905, she became the second female Nobel laureate (after Marie Curie in 1903), the first woman to be awarded the Nobel Peace Prize, and the first Austrian laureate. In 1889 Suttner became a leading figure in the peace movement with the publication of her pacifist novel, "Die Waffen nieder!" ("Lay Down Your Arms!"). The book was published in 37 editions and translated into 12 languages. She called for the establishment of the Austrian "Gesellschaft der Friedensfreunde" pacifist organisation in 1891, became its chairwoman and also founded the German Peace Society the next year.