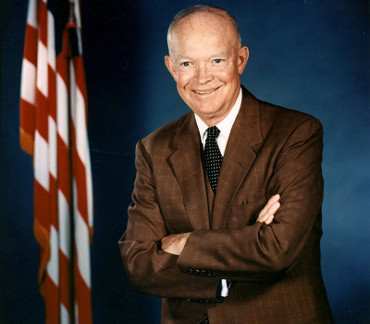 Eisenhower was a five-star general in the United States Army during World War II and served as Supreme Commander of the Allied Forces in Europe. He was responsible for planning and supervising the invasion of North Africa in 1942–43 and the successful invasion of France and Germany in 1944–45 from the Western Front. In 1951, he became the first Supreme Commander of NATO. Eisenhower's two terms were peaceful ones for the most part. Voted Gallup's most admired man twelve times, he achieved widespread popular esteem both in and out of office. Since the late 20th century, consensus among Western scholars has consistently held Eisenhower as one of the greatest U.S. Presidents.