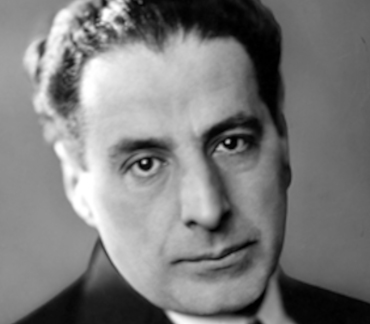 Ernst Toch was an Austrian composer of classical music and film scores. He sought throughout his life to introduce new approaches to music. In 1909, his Chamber Symphony in F major (1906) won the Frankfurt/Main Mozart prize. From this time onwards, Toch dedicated himself to being a full-time composer. In 1913, he was appointed lecturer of both piano and composition at the College of Music in Mannheim. Following Hitler's seizure of power, Toch went into exile and managed to secure his living in California by composing film music for Hollywood. His most performed work is the "Geographical Fugue" or "Fuge aus der Geographie", which he himself regarded as an unimportant diversion.