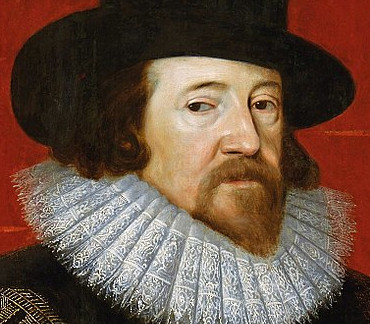 Also known as Lord Verulam, Bacon served as Attorney General and as Lord Chancellor of England. Elizabeth I of England reserved him as her legal advisor. His works are credited with developing the scientific method and remained influential through the scientific revolution. He has been called the father of empiricism. His works argued for the possibility of scientific knowledge based only upon inductive reasoning and careful observation of events in nature. Bacon was a patron of libraries and developed a functional system for the cataloging of books by dividing them into three categories—history, poetry, and philosophy. Bacon was educated at Trinity College, Cambridge.