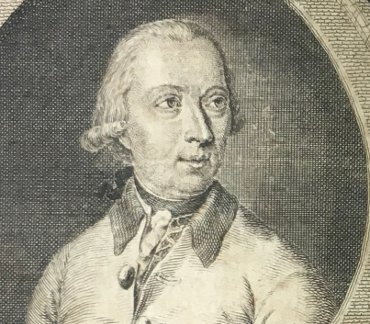 The Prussian officer Trenck fell into disgrace with King Frederick II; an alleged love affair with Princess Amalia remains unproven. Captured as deserter in 1754, he spent a decade in chains at the fortress of Magdeburg; after obtaining a pardon he lived in Austria. His sensational autobiography, published in 1787, was wildly popular in Germany and France alike. After the outbreak of the French Revolution he went to Paris, where he died under the guillotine.