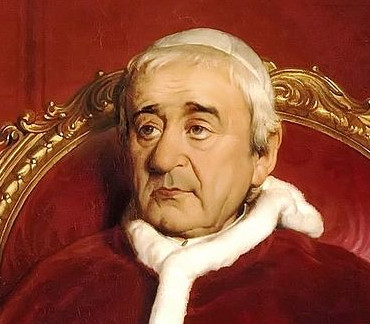 Pope Gregory XVI was head of the Catholic Church and ruler of the Papal States from 2 February 1831 to his death. Strongly conservative and traditionalist, he opposed democratic and modernising reforms in the Papal States and throughout Europe, seeing them as fronts for revolutionary leftism. Against these trends, Gregory XVI sought to strengthen the religious and political authority of the papacy and supported Ultramontanism. He encouraged missionary activity abroad and condemned the slave trade. However, his harsh repression, financial extravagance and neglectfulness left him deeply unpopular domestically.