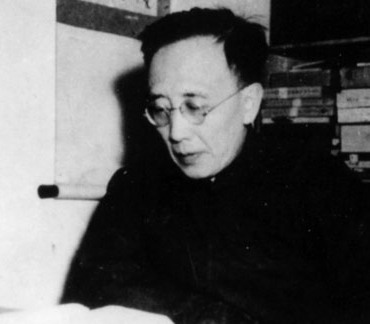 Guo Moruo, courtesy name Dingtang, was a Chinese archaeologist, historian, poet, politician, and writer. Guo Moruo was a prolific and talented writer from his earliest publishings. Following the full scale Japanese invasion of China, he fully developed his literary achievements with his Chinese opera in historical settings. The operas were set in the early Qing back through the Han dynasty, his most famous opera being "Qu Yuan" (1942). In 1937 he organized a propaganda troop for the Frontline. Along with his career as a writer he held important government offices in the People's Republic of China and was the first President of the Chinese Academy of Sciences.