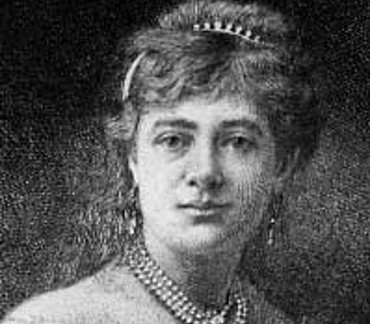 She established a salon which was frequented by Gambetta and the other republican leaders against the conservative reaction of the 1870s. In the same interest, she founded the Nouvelle Revue in 1879, which she edited for eight years, and retained influence its administration until 1899. Adam wrote the notes on foreign politics, and was unremitting in her attacks on Bismarck and in her advocacy of a policy of Revanchism. She is generally credited with the authorship of papers on various European capitals signed "Paul Vasili," which were, in reality, the work of various writers. The most famous of her numerous novels is Païenne (1883).