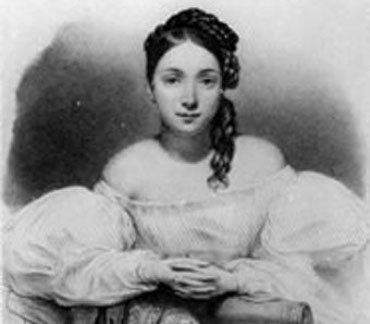 In 1833, while playing the role of Princess Négroni in Lucrèce Borgia, Juliette Drouet met Victor Hugo. She abandoned her theatrical career afterwards to dedicate her life to her lover. Her last stage role was of Lady Jane Grey in Hugo’s Marie Tudor. She became Hugo’s secretary and travelling companion. For many years she lived a cloistered life, leaving home only in his company. In 1852, she accompanied him in his exile on Jersey, and then in 1855 on Guernsey. She wrote thousands of letters to him throughout her life.