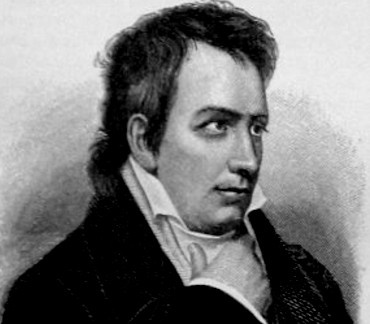 Johann Ludwig Tieck was a German poet, fiction writer, translator, and critic. He was one of the founding fathers of the Romantic movement in the late 18th and early 19th centuries. Among his early romantic works was a series of plays and stories published under the title "Volksmärchen von Peter Lebrecht" (3 vols., 1797), containing the fairy tale "Der blonde Eckbert". His other works include the satirical drama "Prinz Zerbino" (1799), and "Romantische Dichtungen" (2 vols., 1799–1800), the latter containing one of Tieck's most ambitious dramatic poems, "Leben und Tod der heiligen Genoveva". Tieck’s comedy "Kaiser Oktavianus" (1804) was a poetic glorification of the Middle Ages.