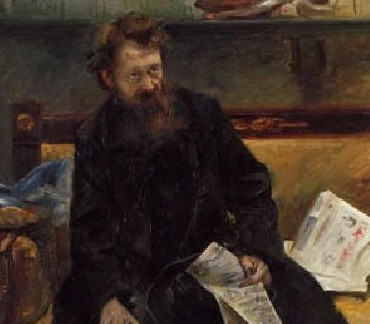 The late Romantic German poet Peter Hille contributed to several journals, including Michael Georg Conrad's "Gesellschaft", where he published his 1889 poem "Seegesicht". For a while he lived the life of a tramp, but nevertheless managed to play an important role in the naturalist movement. Detlev Liliencron introduced Hille to the Friedrichshagen circle of poets and secured the publication of his novel "Die Sozialisten". In 1902 he opened the "Cabaret zum Peter Hille" in Berlin, where he staged literary and musical shows of high calibre with Erich Mühsam, Richard Dehmel, Otto Julius Bierbaum, and Else Lasker-Schüler.