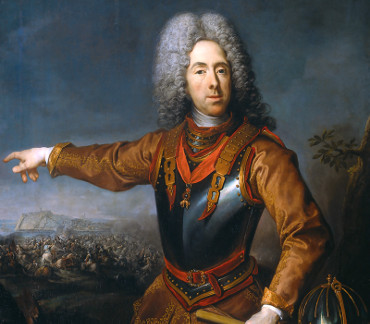 Prince Eugene of Savoy was a general of the Imperial Army and statesman of the Holy Roman Empire and the Archduchy of Austria and one of the most successful military commanders in modern European history, rising to the highest offices of state at the Imperial court in Vienna. Born in Paris, Eugene grew up around the French court of King Louis XIV. Based on his poor physique and bearing, the Prince was initially prepared for a career in the church, but by the age of 19 he had determined on a military career. Rejected by Louis XIV for service in the French army, Eugene moved to Austria and transferred his loyalty to the Habsburg Monarchy.