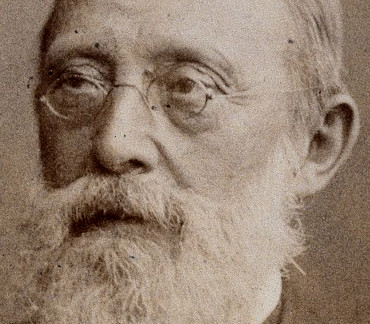 Rudolf Ludwig Carl Virchow was a German physician, anthropologist, pathologist, prehistorian, biologist, writer, editor, and politician. He is known as "the father of modern pathology" and as the founder of social medicine. His investigation of the 1847–1848 typhus epidemic in Upper Silesia laid the foundation for public health in Germany, and paved his political and social careers. He co-founded the political party Deutsche Fortschrittspartei, and was elected to the Prussian House of Representatives and won a seat in the Reichstag. A prolific writer, he produced more than 2000 scientific writings, among which "Cellular Pathology" (1858) is regarded as the root of modern pathology.