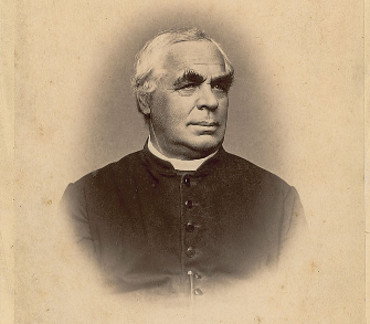 Sebastian Kneipp was a Bavarian priest and one of the founders of the naturopathic medicine movement. He is most commonly associated with the "Kneipp Cure" form of hydrotherapy, the application of water through various methods, temperatures and pressures which he claimed to have therapeutic or healing effects. In addition to "peasants", Kneipp's clients also included Archduke Franz Ferdinand of Austria and his father, Archduke Karl Ludwig as well as Pope Leo XIII. In Norway, he is mostly known for his wholemeal bread recipe. Kneippbrød is the most commonly eaten bread in Norway.