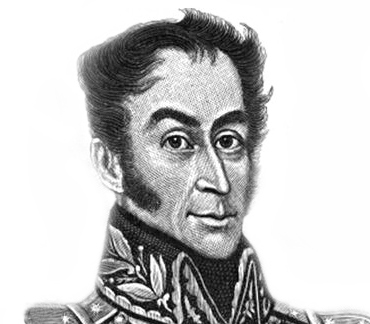 Bolívar led what are currently the states of Venezuela, Bolivia, Colombia, Ecuador, Peru, and Panama to independence from the Spanish Empire. Through military campaigns, he ousted Spanish rulers from Gran Colombia, Ecuador, Peru, and Bolivia, the last of which was named after him. Bolívar aimed at a strong and united Spanish America able to cope not only with the threats emanating from Spain and the European Holy Alliance but also with the emerging power of the United States. At the peak of his power, Bolívar ruled over a vast territory from the Argentine border to the Caribbean Sea.