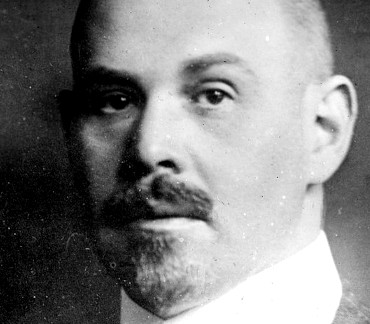 Walther Rathenau was a German industrialist, writer and liberal politician. During the First World War, he was involved in the organization of the German war economy. After the war, Rathenau served as German Foreign Minister during the Weimar Republic. Rathenau initiated the Treaty of Rapallo, which removed major obstacles to trading with Soviet Russia. Although Russia was already aiding Germany's secret rearmament programme, right-wing nationalist groups branded Rathenau a revolutionary, when he was in fact a moderate liberal who openly condemned Soviet methods. Two months after signing the treaty, he was assassinated in Berlin by the right-wing terrorist group Organisation Consul.