Anton Carl Bowarowski (1853-1927) began his studies at the Viennese Academy under Carl von Blaas, Eduard von Engerth, and Johann Nepomuk Geiger, then proceeded to study in Munich (where he later settled) under Ludwig von Loefftz and Wilhelm Duerr. He began as a painter of small historical scenes; from 1893 onwards, Bowarowski was also active as an illustrator for various magazines and publishing houses. 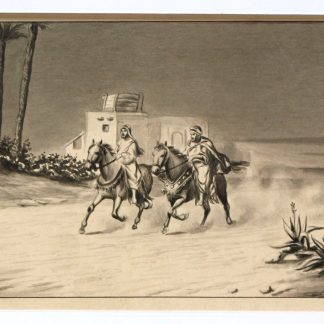