A collection of private cards and letters, addressed to the de la Varre family and to himself, including some from de la Varre's later journeys. 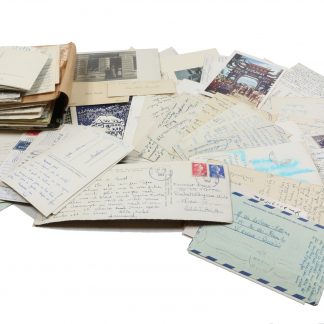