The Austrian war-reporter and satirist Roda Roda, who chronicled military experience of the First World War in a series of humorous novels, writes to to Oscar Meyer, exiled liberal political figure during the war, expressing his concern about the possible evacuation of Geneva in the vent of an invasion, despite Swiss neutrality. 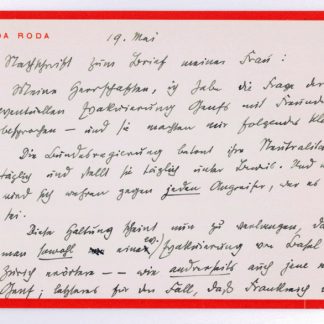