Secret meeting with the Emperor, before declaring war on France

Folio. 12 pp. Together with a French manuscript of planned troop movements (2 pp.).

Very extensive letter by the later Minister of War, then colonel in the 12th Infantry Regiment and assigned to the general staff of field marshal Prince Karl Philipp Schwarzenberg. Latour gives a detailed report of a secret audience with the Emperor, during which they discussed the military situation. Merely three weeks later, on 12 August, Austria was to declare war on France; mid-October was to see the decisive Battle of Leipzig, in which Schwarzenberg led the coalition armies against Napoleon. 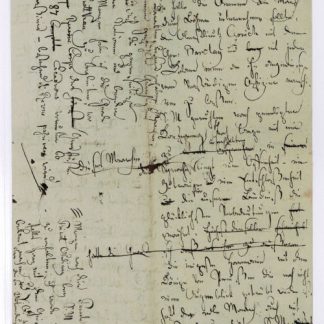