Remarkable, encompassing collection of turn-of-the-century Magic Lantern slides. Several of the slides show cavalry horses: the "Krigen, 1848-1864" set includes (no. 45) an equestrian portrait of General Bülow, victor of the 1849 Battle of Fredericia, painted by Aug. Jerndorff; (no. 29) Friedrich von Schleppegrell riding at the battle of Isted; (no. 26) General Krogh on horseback (all V. Richter, Kopenhagen); no. 20. captioned "Pferdeablieferung" (horse delivery). A box labelled "København" includes: (no. 21) Brandmajoren rykker ud; (no. 20) a fire at the time of Frederik VI. Other slides show workhorses in Denmark and Sweden during haying-time or spreading manure, as well as works of the Danish painter Otto Bache: the Coronation of Christian IV in 1596; the conspirators escaping from Finderup on horseback after having murdered Eric V of Denmark. The collection also contains copies of paintings by various artists, such as Leonardo da Vinci, Raphael, and Rembrandt. Among the remaining slides, we find astronomic illustrations and pictures of observatories (Greenwich, Delhi, Potsdam, etc.); as well as numerous photographs and paintings of landscapes, people and architecture in Africa, Asia, Europe, China and America. 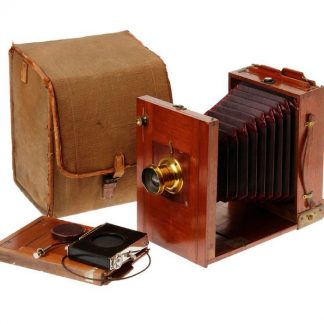