About the founding of the Bayreuth Festival Theatre

To an undisclosed recipient, i. e. August Frhr. v. Loën, director of the Court Theatre at Weimar and the court orchestra, in the matter of the foundation of the Bayreuth Festival Theatre.

The laying of the foundation stone for the theatre took place on May 22, 1872, Wagner's 50th birthday. Marie ("Mimi") Baroness (from 1879: Countess) von Schleinitz (1842-1912) - whom Wagner is mentioning - was an influential salonnière of the early German Reich in Berlin and one of the most important supporters of Richard Wagner and one of the principal advocates of the Bayreuth Festival. 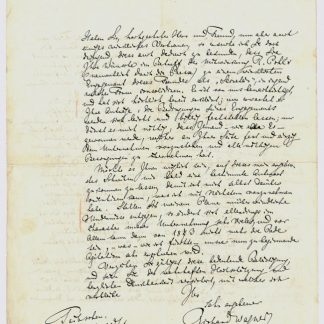