Treatise on the history of the Egyptian Communist party (Al-Hizb as-Suyu i al-Misri) and other communist organizations in Egypt from 1920 to 1979. As early as October 1920, merely three years after the Bolshevist October Revolution, the Egyptian Socialist Party constituted itself as the true representative of the Egyptian working class. The following year, the Party sent Hosni al-Arabi to Moscow to negotiate a possible reception into the Communist International, and in 1922, the name of the party was officially changed to "Egyptian Communist Party". After several splits, re-formations, and dissolvements, the Party was newly founded in 1975 after Anwar as-Sadat lifted the ban on the movement. 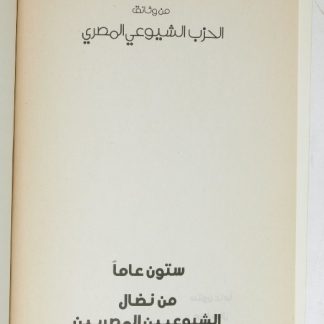