After his literate education, Taine taught at the Collège of Nevers and in Poitiers, but then was tranfered to Besançon. He let himself finally be exempted from teaching and returned to Paris, where he wrote numerous literary, philosophical and historical articles for various journals. In 1853 Taine obtained a doctorate with his "Essai sur les Fables de La Fontaine" and a Latin work "De personis platonicis". From 1857 on, Taine worked as a constant employee of the "Revue des Deux Mondes". In 1863 Taine published his History of the English literature in five volumes, and in the same year he got employed at the École de Saint-Cyr. A few years later Taine started teaching the history of art at the École nationale supérieure des beaux-arts de Paris and soon later in Oxford. Taine was external member of the Bavarian academy of sciences and made numerous journeys to the Pyrenees (followed by his work "Voyage aux Pyrenées"), to Belgium, Germany, and Italy. 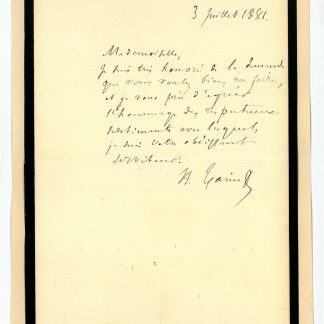